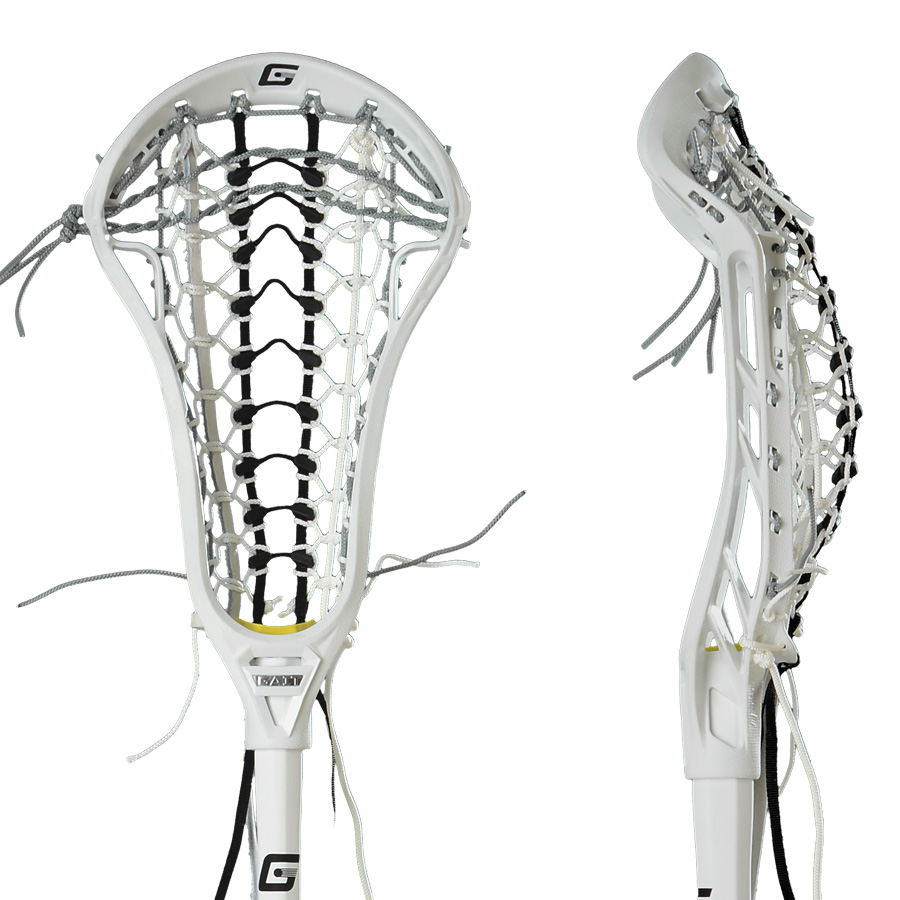 The GAIT Draw women's lacrosse head was built to win the draw, but is versatile enough to use on the entire field. Designed by the Gait brothers, arguably two of the best lacrosse players of all time, you can be assured that this head can perform. This head was launched at the IWLCA and was a tremendous success. The collegiate coaches scooped them right up. The best part about this head is the versatility. There is so much technology specifically built into this head for the draw that you would think that is all that it is meant for. However our Pro's think it is one of the best heads that can be used on the entire field because it features the Rail Draw pocket. Our Pro's love the large front pocket, perfectly angled scoop for the ground ball pick ups on the move and the super narrow channel. The GAIT Draw lacrosse head will be in the hands of many more players than just those taking the draw. Pair this head with any straight lacrosse shaft and you will have a lethal weapon on your hands.