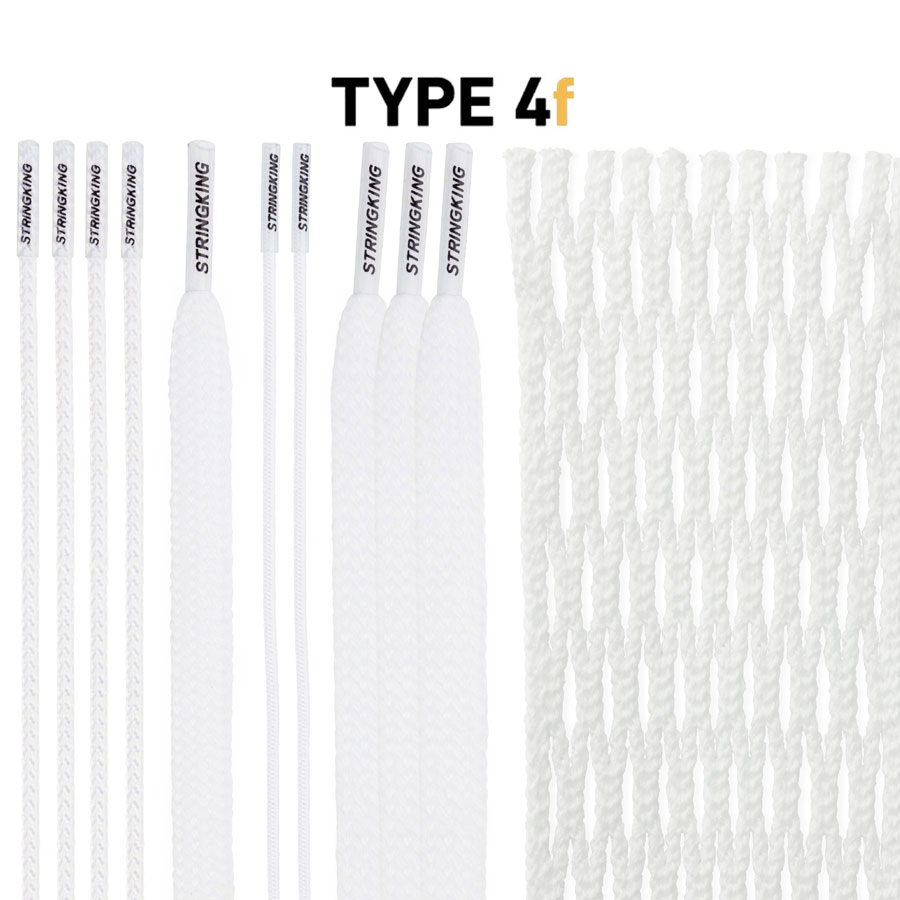 The Stringking 4F mesh ket is made with their best selling Tri-twist patters that gives better grip on the ball and weighs only 14 grams. The kit also comes with everything you need ( including premium shooters and sidewalls ) to dial up that perfect face off pocket. Game balls really stick to this mesh and it feels like the new weave is really grabbing on to the new rubber. This 4F is specifically made for face off guys that want that "stickyness" feel on the clamp. Also be sure to check out the Mark 2F face off head described below.

The new Stringking Mark 2F head is the latest in a series of elite level face off heads specifically designed for two main advantages... increased ball control area on the clamp and a kinder scoop angle for handling ground balls. The first thing you will notice on the Stringking 2F is the elongated throat. Stringking pulled the narrow channel of the throat shape up as high as possible to create the maximum channel and pocket surface area for controlling the ball. As all good FOGOs are aware, its not just the battle for the quick clamp.. its the battle for real estate along the line that counts too. As players push up into the scoop of an opponents scoop with their glove, the head of the stick slides a bit down the line.

The extra length in the throat adds a big advantage as the ball gets caught up in that long channel rather than up towards the opponents scoop. In the old days, FOGOs used to bake their heads and then reform them to match these longer throat designs. Stringking has now taken that concept and worked it in with a massive number of string holes, that offer guys who know how to string even greater advantage depending on where and how they secure those knots.

The scoop has a steeper angle which also channels the ball into the sweet spot quicker. These heads also can come strung with the new Stringking 2F mesh which is soft and weighs in at only 14 grams.