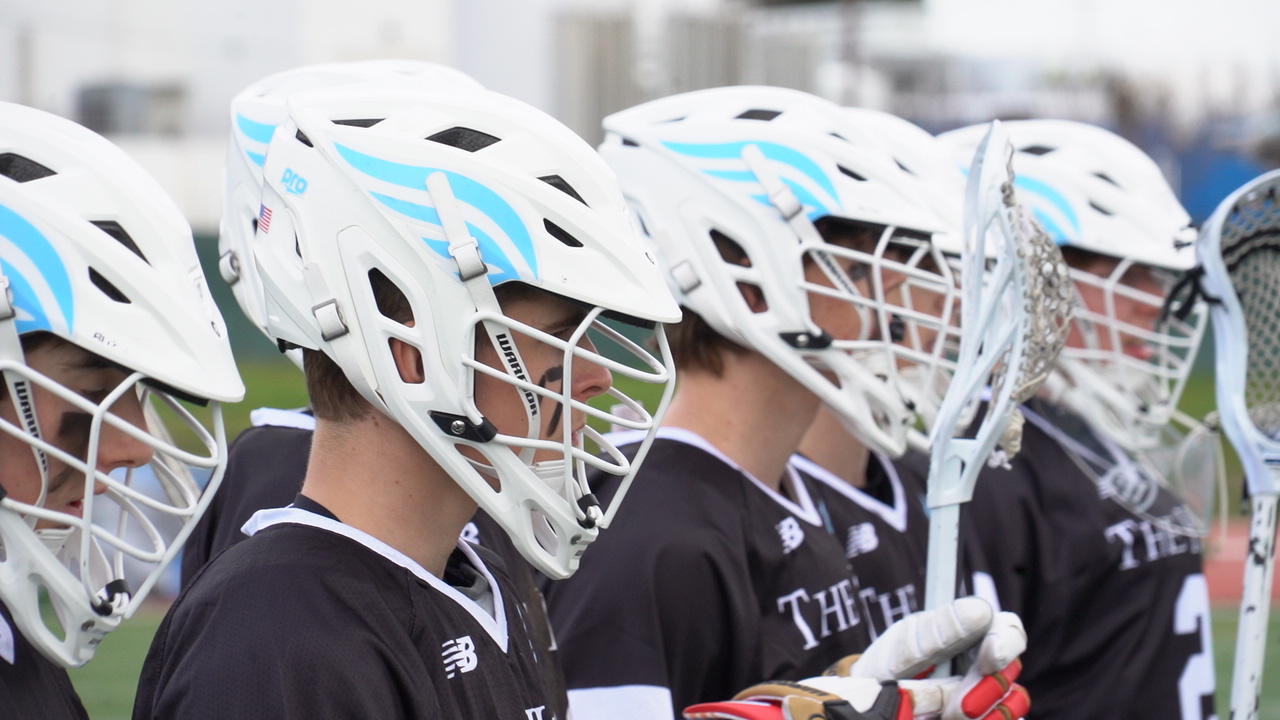 It was a busy week in high school lacrosse. There were Top 25 teams from around the region in action, a North Carolina coach earned his 500th victory, and a Florida player is working his way up the state record book.

The MIAA A Conference went 14-4 in its opening week of the season. None of the teams ranked among the Under Armour/Inside Lacrosse Top 25 High School Power Rankings took a loss. Calvert Hall opened its season with two wins at the Brine King of Spring Invitational in North Carolina. The Preseason No. 1 team defeated Lake Norman (N.C.) and St. Christopher’s (Va.) to extend their winning streak to 17 games. Daniel Kelly kicked his senior year off with 15 points in two games, including the 200th point of his career. He scored four goals and three assists against Lake Norman (N.C.) on Friday and followed with four goals and four assists on Saturday.... 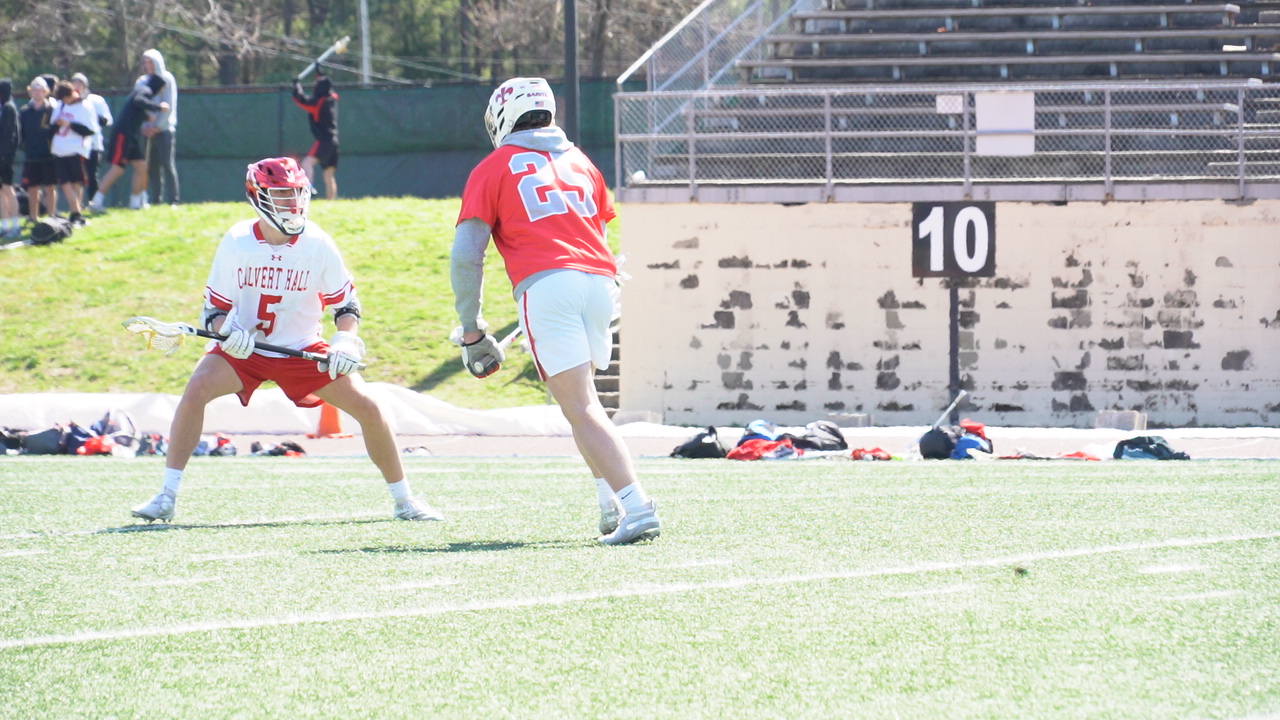 Two Top 25 teams met when Ponte Vedra (Fla.) took its 6-0 on the road as it traveled to take on Gilman (Md.), which was playing its first game of the season. Sam King totaled six points as Gilman (Md.) came out on top 11-9. The teams were tied 2-2 at the end of the first quarter, but Gilman entered halftime with a 5-3 lead. Ponte Vedra went on a run in the fourth quarter, but it fell short of the comeback. The win snapped Ponte Vedra’s 23-game winning streak. King scored four goals and dished out two assists in the victory. Joe Taraboletti led Ponte Vedra with four goals. The win also gave John Nostrant his first victory as Head Coach of the Greyhounds. Nostrant took over at Gilman after 25 years, and 492 wins at Haverford School (Pa.).

Boys’ Latin opened its season in a big way, defeating Ponte Vedra (Fla.), 25-6. Brendan Grimes, who is returning after missing last season due to injury, scored five goals in the victory. St. Paul’s (Md.) opened its season with a 9-6 win over Landon (Md.). Loyola-Blakefield (Md.) is off to a 3-0 start after a trip to North Carolina for the King of Spring and a road win against Good Counsel (Md.). McDonogh defeated Gonzaga 12-9 in both team’s opening game.

With three goals and three assists against Bucholz (Fla.), Sam Chase from Maclay (Fla.) became the latest player to reach 400 career points. Chase now has 419 career points, which places him at No. 6 on Florida’s career point list. The Furman commit is the 7th player in state history to surpass 400 career points and joins players like Mikey Berkman (Syracuse) from West Orange and Jared Bernhardt (Maryland) from Lake Brantley.

For the third-straight season, Dallas Jesuit (Dallas) and Episcopal School of Dallas (Dallas) went to double overtime to decide their regular-season meeting. And for the second-straight season, it was Dallas Jesuit coming out on top. McAllister Hobbs scored two of the game’s most important goals in an 11-10 double-overtime win over Episcopal School of Dallas (Texas) last week. Hobbs tied the game with eight seconds left in the game to send it to overtime, then scored the game-winner in the second overtime to give the Rangers the victory. Hobbs scored three goals and one assist in the win. Curran Rose also had a hat trick, and senior Cam Martin added two. Drew Wasserman led Episcopal School with three goals. Brad Touma Reaches 500 With a 10-7 win over Ravenscroft School (N.C.), Charlotte Country Day (N.C.) head coach Brad Touma earned the 500th win over his career. Touma has been coaching at CDS since 1988 and won at least 10 games in all but five of those seasons. The Buccaneers are coming off a 19-6 season and are off to a 2-0 start.

It Didn’t Happen in Vegas

Faith Lutheran (Nev.) traveled to California and came away with a 2-0 record. The Crusaders defeated defending Orange County and Southern CIF champion St. Margaret’s Episcopal (Calif.) 16-11, and followed up with a 12-9 win over Oaks Christian (Calif.) the next day. Junior Jake Trumbull totaled 10 points in the two games, including 10 against St. Margaret’s Episcopal. Trumbull dished out four assists and scored four goals against the Tartans.

In this video our vlog host Brendan St. Brown travels down to North Carolina for King of Spring. The King of Spring is a lacrosse tournament where some of the best high school lacrosse programs come to see how they rank against each other. In this vlog, you'll get a feel for the players, see how the tournament went down and watch some sick lacrosse highlights!

At the 2020 King Of Spring Tournament held in Durham, North Carolina, two of Virginia's best squared off when the Norfolk Academy to on St. Paul VI. Check out highlights from all of the action with Lax.com!

Held at Orange Coast College in Costa Mesa California, the Pacific Coast Shootout is one of the premier college events held each season. For the 2020 game, the fifth-ranked Yale Bulldogs took on the Michigan Wolverines. Led by a game-high seven goals from senior Matt Gaudet, the Yale Bulldogs defeated the Wolverines by a score of 17-11. Check out highlights from all of the action with Lax.com!

Held at the 2020 King of Spring Tournament in Raleigh, NC, the Saint Christopher's boy's lacrosse team from Virginia took on the class of the MIAA, Calvert Hall. Check out highlights from all of the action with Lax.com!

In a meeting between two Top 25 ranked high schools and each of their respected states' best programs, the Ponte Vedra boy's lacrosse team wrapped up their Mid-Atlantic trip with a showdown against the Boy's Latin Lakers. Despite a valiant effort, the defending Florida State champions were no match for the Lakers, as Boys Latin cruised to an impressive 25-6 win over the Sharks. Check out highlights from all of the action with Lax.com!